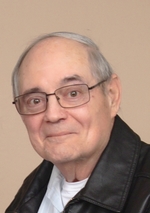 Timothy Joseph Doyle was known by many (but not too many) names. To family and friends, he was known as, "Tim," a husband, father, grandpa, friend, confidant, sage, and he might say, most importantly, a pilot. He lived and breathed flying as a commercial certificated pilot in single and multi-engine planes, instrument rated and as a certificated aircraft mechanic. He started flying 55 years ago but he was married for a mere 52 years so that might suggest where priorities were.

Early on, he worked for Airway Underwriters Insurance Company and eventually he founded his own company, Aviation Technical Consultants, and was an aircraft accident investigator and expert witness for trials. To many students he was known as "Professor Doyle" initially teaching insurance law and eventually becoming the Program Director for the Aviation Management Program at Eastern Michigan University (EMU). In the many years he spent developing that program, for which he co-authored textbooks, he made countless friendships with students and colleagues. It seemed everyone in the industry either knew him or his students (or both).

Tim built a Van’s aircraft kit RV-9A which got humorously dubbed “The Mistress” because "she" sometimes seemed to get more time, money and attention than his wife. Well, not really, but maybe? He and his passengers enjoyed zooming around in this little green and white (EMU colors) sports-car-like-plane for many years. She was a meticulously maintained, pride and joy and he flew in her as recently as last month. It should be noted that not every man shares his Mistress as enthusiastically as Tim did. He loved to take people across and above the land to follow the Lewis and Clark Trail, visit the west, or just to look at the colorful trees locally during Fall or to get a meal (the $100 hamburger) at an airport diner.

Tim was steadfast in his support of his wife and kids, including thirty foster kids, through good times and more challenging times. Most everyone can remember his great sense of humor, humble demeanor, engaging teaching style, generosity, and enthusiasm. He knew a little something about everything in matters of history and aviation. In addition to those areas, he enjoyed traveling, music, and social events. He and his wife, Karna were active members of the former Holy Trinity Chapel on the campus of EMU, especially in their Pre-Marriage Seminar Program and serving holiday dinners, for many years. Lifelong friendships were formed there that included fun times in recreational volleyball and softball co-ed leagues with his wife. Always up to something, he also volunteered in retirement for the Red Cross in their military family support unit.

If you didn't know him as "Tim" or "Dad," maybe it was as "Flex Crush" (whom he insisted wasn't married when he flew an all girls' group to West Virginia for white water rafting wearing (him included) pink sweat-shirts that said Doyle's Daredevil Darlings), the "Geezer Hunk" as he was known on Concordia University's campus where he volunteered supporting Karna or "The Man, The Myth, The Legend." They all fit him. Tim enjoyed and shared a life well lived. He loved and also he was loved by so many. He will be missed.

In lieu of flowers donations may be made in his name to the Aviation Management Program of Eastern Michigan University, the Alzheimer’s Association or the Experimental Aircraft Association Young Eagles Program or simply the charity of your choice.