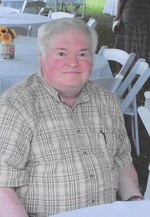 Stephen Curtis Fisher, age 70, passed away on Friday, October 18, 2019 in Ann
Arbor. He was born on May 20, 1949 at Naval Station Great Lakes Hospital, the
son of Philip and Barbara (Mueller) Fisher. He graduated from Wheaton Central
High School in 1967 and Western Michigan University in 1971. He married
Janice Kopp on August 12, 1972. Together they raised two children, Jenine and
Greg.

Aviation was his passion. He soloed and obtained his pilot’s license at 17. He
received his commercial license in 1969. Following college he flew for small
carriers and cargo outfits until 1987, when he was hired by American Airlines. He
flew for American until his retirement in 2007 as Captain.

He is preceded in death by his father, Philip, mother, Barbara, and step-mother,
Helen. He is survived by his two children, Jenine (Josh Harris) and Greg, his
brother Jeff (Avis), his grandchildren Henry and Jack, and several cousins, nieces,
and nephews.

Friends may join the family for a memorial service at First United Methodist
Church in Ann Arbor on November 9, 2019. The service will take place at 11:00
AM, to be followed by light refreshments. In lieu of flowers, donations may be
made to Greenbrook Recovery Center at St. Joseph Mercy Ann Arbor.