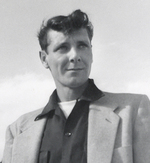 Richard Francis Trombley of Chelsea, Michigan, a devoted husband and father, passed away on November 5, 2019, at the age of 85.

He is survived by his children Chipley F. Trombley, Shawn M. Trombley and Paul D. Trombley. He is preceded in death by his wife of 57 years, Suzanne M. Trombley, who passed away in 2013, as well as siblings Robert Trombley, Russell (Jim) Trombley, Roger Trombley, Dawn Procassini and Jeanne Renault.

Richard was born on May 28, 1934 to Russell C. Trombley and Marguerite N. Trombley of Ann Arbor, Michigan.

He attended art school and was a talented and gifted artist who enjoyed painting, pastels, sculpting, woodworking, and carpentry.

He served in the United States Navy from June 25, 1950 to January 31, 1955 aboard the U.S.S. Reedbird mine sweeper and the U.S.S. Shea Destroyer where he developed his love for the water and Charleston, South Carolina. After serving in the Navy, he was active in the U.S. Navy Reserve.

As a voracious reader he had a wide range of interests, but particularly loved world history. He enjoyed boating, fishing and the outdoors. He had a great love of animals and always had a dog at his side.

He will be greatly missed and forever in our hearts.

Per Richard’s wishes a service will not be held. In lieu of a service, he requested donations be sent to the Michigan Humane Society www.michiganhumane.org or St. Jude Children’s Research Hospital at www.stjude.org.