To share your memory on the wall of Kenneth "Jack" Irwin, sign in using one of the following options:

Provide comfort for the family of Kenneth "Jack" Irwin with a meaningful gesture of sympathy.

Jack loved projects, whether it was building his deck, painting the house inside and out, installing floors, replacing windows or just cutting the grass, he found joy in building and maintaining his home. His gifts and skills were used to design and build majestic Christmas angels for the chancel at church and he served on the sanctuary renovation committee.

Travel to the Upper Peninsula for a “pasty run” was a routine family trip with the window being rolled down as he crossed the bridge to breathe in “the freshest air on earth” in the UP. A ballgame was always on the radio or TV, be it the Tigers or U of M basketball. His gentle and caring presence will be missed by all who called him their friend, spouse, brother, father, and grandpa.

Jack is survived by his wife Myrna (Erickson), and sister Marsha Irwin, his two sons and their wives, Jeffrey and Sue, Eric and Alis, and two grandsons, Ben and Nathan.

A memorial service will be held at Zion Lutheran Church, 1501 W. Liberty Street in Ann Arbor on Monday, October 21, at 11:00 a.m. with gathering beforehand from 10:00 a.m. until the time of service.

In Lieu of flowers, donations may be made to The Parkinson’s Foundation at parkinson.org or Lutheran Disaster Response at elca.org.

Inurnment will be at the Gwinn Cemetery in Gwinn, MI.
Read Less

Provide comfort for the family by sending flowers

We encourage you to share your most beloved memories of Kenneth "Jack" Irwin here, so that the family and other loved ones can always see it. You can upload cherished photographs, or share your favorite stories, and can even comment on those shared by others. 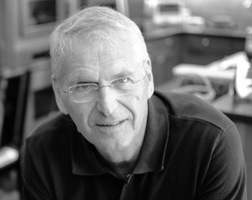