To share your memory on the wall of Frank Andreoli Jr., sign in using one of the following options:

Provide comfort for the family by sending flowers or planting a tree in memory of Frank Andreoli Jr..

Provide comfort for the family of Frank Andreoli Jr. with a meaningful gesture of sympathy.

It was while in Southern California that he met Justine “Teena” Zawisa who would forever change his life. They fell in love and were married October 24th 1964 in Detroit, Michigan, Teena’s home town. They returned to Los Angeles, California where they began their 55 year journey of married life filled with four beloved children: Lisa Marie, Steven Anthony, Nicole Justine, and Dominique Suzette.

During his life Frank had been a soldier, a banker, TV technician, real-estate agent, and builder, but didn’t measure his success by these roles. Frank always considered his most important vocations to be father and husband. He was humble and understood he was not perfect, but worked every day to be better than the day before.

Fishing was one of his lifelong passions. He learned to fish as a child and became so good at it that his mother told him that he would have to clean his own fish if he brought any more home as she’d had enough. What he enjoyed most about fishing were quiet hours passed with his closest friends and family. It connected him to his brothers as they were growing up along Lake Michigan and to his family and friends throughout his adult life. He had varying levels of success passing this passion down to his children and later to his ultimate joy in life --his grandchildren.

The best part of his life was yet to come and began with the birth of his first grandchild, Nicholas Vasconi. His love for being a grandfather continued to grow with each additional grandchild: Olivia McKelvey, Aidan Vasconi, Evan McKelvey, Trevor Lyndon, Maria Vasconi, Austen Andreoli, Owen McKelvey, Adam Lyndon, and finally Elyse Vasconi. These were the treasures closest to his heart. Nothing was more important to him than spending time with his grandchildren and watching them spend time with each other.

Frank’s special gifts from God were his sense of humor; his refusal to see anything less than the absolute best in everyone; and his ability to instill in his children an understanding of the joy and importance of family. We would be missing something important if we failed to celebrate the love that he brought to all of us who were so blessed to share this life with him.

Memorial Contributions may be made to the Capuchin Fathers of Detroit at 1820 Mt Elliott St, Detroit, MI 48207.

To send flowers to the family or plant a tree in memory of Frank Andreoli Jr., please visit our Heartfelt Sympathies Store.
Read Less 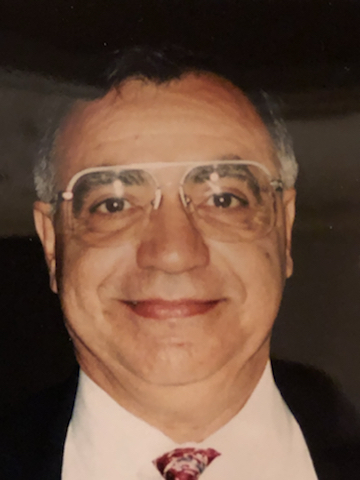 We encourage you to share any memorable photos or stories about Frank Andreoli Jr.. All tributes placed on and purchased through this memorial website will remain on in perpetuity for generations.

sue zawisa, The Lopez's, Schoenherr's, Gydosh's, Patricy's & C, and others have sent flowers to the family of Frank Andreoli Jr..
Show you care by sending flowers
Hand delivered by a local florist

sue zawisa, The Lopez's, Schoenherr's, Gydosh's, Patricy's & C, and others have sent flowers to the family of Frank Andreoli Jr..
Show you care by sending flowers
Hand delivered by a local florist
SZ

With loving memories of "Frank Andreoli",

Wishing you peace to bring comfort, courage to face the days ahead and loving memories to forever hold in your hearts. Our hearts ache over your loss

Flowers were purchased for the family of Frank Andreoli Jr..
Order Now | Show All
Comment | Share Posted Aug 29, 2019 at 08:27am via Floral Arrangements
TC

Steve, Jodie and Austen...We send you our deepest sympathy and our warmest condolences in this, the most difficult of times. We love you so much!

From your MAL family

Wishing you peace to bring comfort, courage to face the days ahead and loving memories to forever hold in your hearts.