To share your memory on the wall of Francis Vaculik, sign in using one of the following options:

Print
Peter died peacefully on November 7, 2019 at the age of 79 at St. Joseph Mercy Hospital, Ann Arbor, with his family by his side.

Peter was born on February 17, 1940 in Lagos, Nigeria; son of Frantisek and Jarmila Vaculik. Peter is survi... Read More
Peter died peacefully on November 7, 2019 at the age of 79 at St. Joseph Mercy Hospital, Ann Arbor, with his family by his side.

Peter was the first European baby born in Nigeria. At the time European women traveled back to the continent for the birth of their children, however during World War 2 ships were being bombed so it was not safe for his mother to go back to Europe. His early years were spent in Nigeria and then Czechoslovakia. The family escaped from communist controlled Czechoslovakia in 1947 by pretending to go on vacation, leaving with only a small amount of luggage, the two little boys in tow. His father’s work with Bata Shoe Company took them to Jamaica. Bata, then a small Czech shoe company, now has over 5,300 stores in over 70 countries. In Jamaica Peter attended the Priory School and was very involved with the Boy Scouts, achieving the rank of Queen Scout (the highest award in British Scouts, equivalent to Eagle Scout). He went to the 8th World Scout Jamboree in 1955. His childhood hobbies included snorkeling and making balsa wood model planes powered by model diesel engines and solid fuel rocket motors, a few of which did not survive their maiden flight. In 1956 the family left Jamaica and Peter continued his education at Dulwich College, London before attending the University of London where he graduated with a MSc. in Mechanical Engineering in 1965.

Peter immigrated to Canada in 1965 where he joined Esso Engineering in Sarnia as a project engineer. In 1967 he immigrated to the US where he joined Cox Instruments as a test instrument engineer. In 1969, on the same day as the Apollo 11 moon landing, a lesser known group of explorers (Peter and 9 colleagues) founded Testek. Now 50 years in business, Testek specializes in aerospace solutions. During Peter’s tenure they created machines to test airplane parts for Boeing among others. He retired from Testek in 1988.

Peter met Adele on a ski weekend over New Years. It rained most of the time and they ended up in the lodge working on crossword puzzles. They were married in 1976 in Newfane, Vermont and settled in Ann Arbor in 1977, where they started their family.

Peter was a member of Mensa, a mathematician and spoke 5 languages. He had many interests from chess to cooking to soccer and tennis. He enjoyed sailing his catamaran, winning several first place races with the Ford Lake Sail Club. He traveled every year making trips to Czech Republic, Jamaica, Florida and Canada.

Peter had a unique sense of humor. He deeply valued his life-long friendships. His intelligence, caring and accommodating nature will be sadly missed by those who knew him.

An informal gathering will be held in celebration of Peter’s life on Saturday, November 23rd, 2019 at the Earhart Village Clubhouse; 835 Greenhills Drive, Ann Arbor, MI 48105 with visitation at 2pm and remarks and remembrances at 3pm. He will be buried at Arlington National Cemetery.

In lieu of flowers, memorial donations in memory of Peter can be made to The American Heart Association (Heart.org); 7272 Greenville Ave., Dallas, TX 75231.
Read Less

To send flowers to the family or plant a tree in memory of Francis Peter Vaculik, please visit our Heartfelt Sympathies Store.

Receive notifications about information and event scheduling for Francis

Show you care by sending Flowers

We encourage you to share your most beloved memories of Francis here, so that the family and other loved ones can always see it. You can upload cherished photographs, or share your favorite stories, and can even comment on those shared by others. 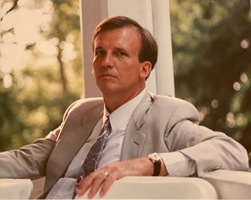