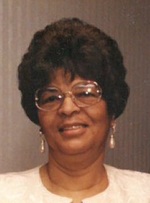 Fannie L. Purdy was born to Nellie and Charles Purdy, November 8, 1930, the middle daughter of three girls; Virginia Purdy and Dorothy Purdy-Carrouthers. Fannie’s mother remarried late in life, and had her brother, Matthew Burton, Jr. Fannie’s parents, sisters and brother all preceded her in death.

Fannie was educated in Ypsilanti, graduating from Ypsilanti High School and she attended Eastern Michigan University for a few semesters.

In the late 1940’s Fannie married Theophilus (Theo) E. Hamilton (who has preceded her in death). They had 4 children, but only one survived, their daughter Millicent; and they had one grandchild, Keith.

Fannie carved out a little Black History for herself in her 88 years of life. She was the 1st African-American to be named Surgical Coordinator at St. Joseph Mercy Hospital in the early 1950s. She worked at St. Joe’s for a number of years, in many other supervisory/administrative positions.

In the early 1960s, Fannie began working as a criminal/civil clerk at the 14th District Court in Ypsilanti. By the late 1970s, Fannie had been promoted to Supervisor of the Criminal Court—the 1st Black person to hold this position—which she held until her retirement, some 20 years later.

A memorial gathering will take place Tuesday, October 29, 2019 from 11 am until time of Memorial Service at 12 noon at the Nie Funeral Home, 2400 Carpenter Rd., Ann Arbor, Michigan.