To share your memory on the wall of Barbara Ann Morgan, sign in using one of the following options:

Provide comfort for the family by sending flowers or planting a tree in memory of Barbara Ann Morgan.

Provide comfort for the family of Barbara Ann Morgan with a meaningful gesture of sympathy.

Barbara Ann Morgan, 81, after a life of dedication to the Lord, died September 3rd, 2019, surrounded by her family in her home. She was greatly loved and will be missed by all who knew her.

Barbara was born May 27th, 1938, to Robert and ... Read More
Barbara Ann Morgan, 81, after a life of dedication to the Lord, died September 3rd, 2019, surrounded by her family in her home. She was greatly loved and will be missed by all who knew her.

Barbara was born May 27th, 1938, to Robert and Bonnie Dee Michael. She and her sister Brenda grew up in San Francisco and Phoenix. Her lifelong commitment to Catholic catechesis began with volunteer teaching at a nearby Native American Reservation. There, she fell in love with the art of “echoing down the Mystery.”

Barbara married her high school sweetheart, Gary Morgan, just after graduation. They adopted five children over the course of their marriage: Maribeth, Jeanmarie, Robert, Paul, and Peter. They lived through many struggles through the help of God, including the loss of their young son, Robert. The Holy Spirit led them to Ann Arbor to join a Catholic charismatic community in Ann Arbor. After raising her family she went back to school, earning her Bachelor’s Degree in Theology from the Franciscan University of Steubenville. She earned her Master’s Degree in Catechetics, as well as a Pontifical Catechetical Certificate, from the Notre Dame Institute in Arlington, Virginia. The administration of Franciscan University asked her to use her practical knowledge of Catechetics to found their Catechetical program. After successfully building the program, Barbara used her talents to develop an RCIA (Rite of Christian Initiation of Adults) program which is used throughout the country. Barbara retired from Franciscan University in 2005, returned to Ann Arbor and became the Director of Religious Education (DRE) at Christ the King Catholic Church. Her duties as DRE led her to develop a training program for her catechists which has been adopted as a model for the Diocese of Lansing. Working with the Sisters of Mary, Mother of the Eucharist, Barbara compiled her analysis of, and method of teaching, the 62 Doctrines of the Catholic faith into the book Echoing the Mystery, published in 2018.

Barbara was a respected leader in her field, but more importantly, she was a beloved and valued leader in her family. She loved to play the card game canasta with her children and grandchildren. She and Gary welcomed many people into their home with true hospitality. She was an example of how to live life for God through loving the people around her. Throughout her life, she had many health trials that caused her great pain. Instead of succumbing to the pain in bitterness, she offered up her suffering to pray for those who needed it. During her final months, while confined to her bed, she had the names and faces of all 23 of her great-grandchildren on the wall next to her so she could remember to pray for each of them. Barbara was a mother, grandmother, and great-grandmother without compare.

Barbara is survived by Gary Morgan, her husband of 62 years, who faithfully cared for her throughout all her health struggles. She is also survived by her sister Brenda (Jerry) Kouba, children Maribeth Leone, Jeanmarie (Chris) Mishler, Paul (Colleen) Morgan, and Peter Morgan, as well as 15 grandchildren and 23 great-grandchildren. She is preceded in death by her parents, son Robert Morgan, and grandson Joseph Leone. She looked forward to seeing them again in Heaven.

A visitation will be held at Nie Family Funeral Home, 3767 West Liberty Road, Ann Arbor, MI 48103 on Friday, September 6 from 4 to 8:30 PM with the Vigil for the Deceased celebrated at 8 PM. On Saturday, September 7, beginning at 10 AM, a visitation will be held at Christ the King Catholic Church, 4000 Ave Maria Drive, Ann Arbor, MI 48105. A rosary in the Worship Space will begin at 11 AM with the funeral Mass beginning at 11:30 AM.

In lieu of flowers, Barbara’s wish is to establish a scholarship fund for on-campus graduate students in the catechetics program at the Franciscan University of Steubenville. Envelopes will be available at the Friday visitation and on Saturday.

The scholarship fund does not have an official name yet, but donations can be sent to:
Franciscan University Development Office
Attention: Gift Processing
1235 University Blvd.
Steubenville, OH 43952

A note on the memo line of the check should say "In memory of Professor Barbara Morgan".

To send flowers to the family or plant a tree in memory of Barbara Ann Morgan, please visit our Heartfelt Sympathies Store.
Read Less 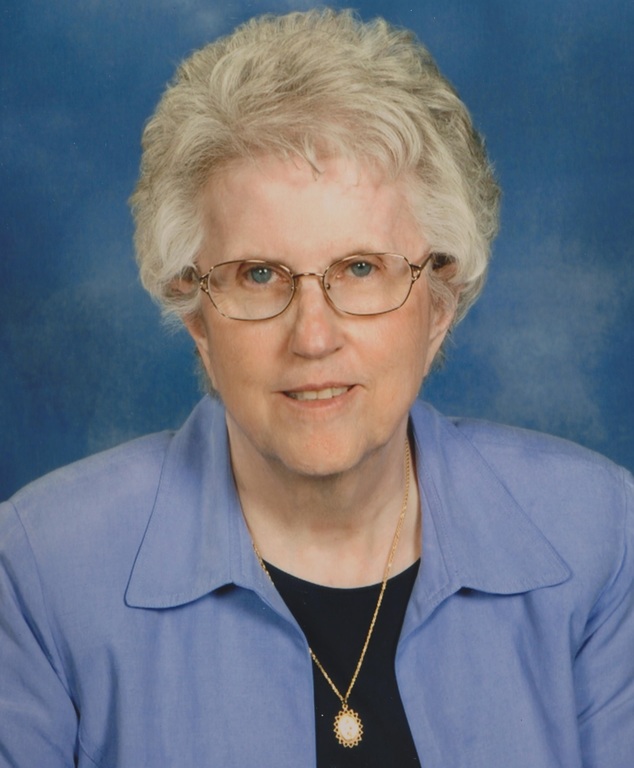 We encourage you to share any memorable photos or stories about Barbara Ann Morgan. All tributes placed on and purchased through this memorial website will remain on in perpetuity for generations.

Mike & Rhonda Gonzalez and Family and The Sullivan Family have sent flowers to the family of Barbara Ann Morgan.
Show you care by sending flowers
Hand delivered by a local florist

Mike & Rhonda Gonzalez and Family and The Sullivan Family have sent flowers to the family of Barbara Ann Morgan.
Show you care by sending flowers
Hand delivered by a local florist
MF

May you be comforted by the outpouring of love surrounding you.

Memories to Treasure was purchased for the family of Barbara Ann Morgan.
Order Now | Show All
Comment | Share Posted Sep 05, 2019 at 02:10pm via Floral Arrangements
HS

Barbara was my Catechesis Professor at Franciscan University.  Barbara taught me everything I know about being a catechist, which I have been doing for over 21 years. Outside of my parents, no one taught me more about Jesus and the Catholic Faith than Barbara.  The 2 years I spent on her RCIA team were 2 of the most amazing years of my life.  She loved her students and we loved her.

She taught us a "little ditty" her mother used to sing to her from Lamentations 3:22-23.  I'll never forget it.  And lately, I can't get it out of my mind.  I can't sing it for you, but my classmates will remember how it goes.

Well done good and faithful servant.  I don't know how many talents God started you out with, but you're returned thousands back to Him.